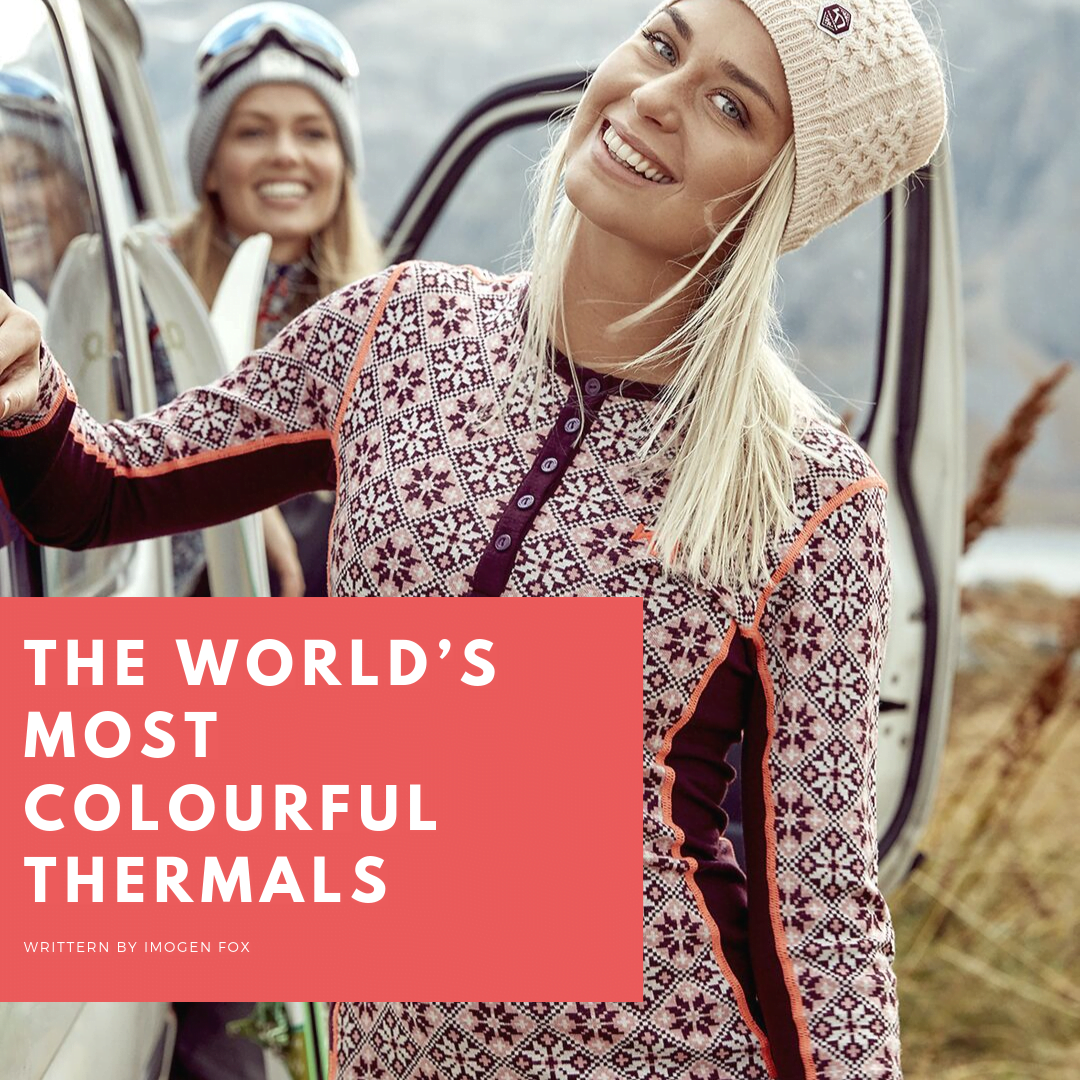 Famous for her epic achievements on the slopes, between training sessions, Norwegian skiing star Kari Traa was working on another skill. As well as being an Olympic champion in skiing, Kari also had a talent for knitting colourful beanies and modifying her ski-wear.

After retiring from the sport in 2006, this creative hobby became Traa’s main focus, with her launching a fashion line for active women under her own name. In 2019, the Kari Traa brand has exploded into a large range spanning from underwear to outerwear, splashed with iconic bold designs and bright, feminine colours that stand out in the gym, in the snow, on the trail, or just in the street! In a market saturated with drab black and grey thermals, Kari Traa’s rich pinks and blues have made it a hit with women all over the world.  In addition to Kari Traa’s designs being so eye-catching, they are also of the highest quality, with many items crafted from the softest Australian merino wool.

So come into Sports Conscious to discover the vibrant Kari Traa range, all the way from the Norwegian fjords to right here in Melbourne!

View all posts by Dora →